Prior to detection and quantification of total DNA in a biologics, it is necessary to separate and purify DNA in the biologics from other biological components such as proteins. In general, DNA is isolated through protease-mediated digestion of specimen followed by extraction with phenol and/or chloroform. However, this method has disadvantages that deleterious phenol and chloroform have to be used and that time- and labor-consuming extraction is required, although quite highly pure DNA can be obtained. In addition, solid-phase extraction via silica carriers, which results in loss of DNA due to adsorption on carriers, is not ideal to recover traces of DNA. Extraction with organic solvents is also not favorable with inefficient recovery of traces of DNA, which is a key issue to be addressed with DNA extraction reagents.

The components of the kit* contain sodium iodide and surfactants, which act as protein solubilizers (chaotropic ions) by solubilizing proteins and other biological components in specimens to precipitate (coprecipitate) nucleic acids (mainly DNA) and glycogen selectively when 2-propanol is added.2) Purification steps are simplified to produce precipitates without carriers or organic solvents, unlike the aforementioned methods, enabling the extraction of traces of DNA at high yields.

A report on yields of DNA in the presence of diluents or excipients with the use of the kit, which was originally published on page 28 in Wako Pure Chemical Jiho Vol. 60 No. 3 (1992), is introduced here. In this experiment, model solutions were prepared by dissolving usual or excessive doses of substances often used as diluents or excipients (e.g., arginine, urea) or proteins (BSA and human γ-globulin) in phosphate-buffered saline, and a given amount (pg) of calf thymus DNA was added to each model solution. Subsequently, DNA was extracted from 400 μL of model solution according to the instructions on the label of DNA Extractor® Kit. The obtained precipitates were dissolved in 500 μL of phosphate-buffered saline, and total DNA was quantified using Threshold® Total DNA assay system,*3,4) to measure the yield of DNA. Measurement results are presented in Table 1.

Table 1. Yields of DNA in the presence of diluents or excipients

For all five sugars at one or more concentrations, 80% to 110% of DNA was recovered. For arginine and urea, DNA was extracted at a high yield. For both BSA and human γ-globulin, the proteins tested, the yield of DNA was high (some proteins in specimens may precipitate, but the precipitation can be managed with dilution or proteolytic enzymes5)). The aforementioned results show that the kit can extract residual DNA from various samples at high yields in a highly reproducible manner.

* Threshold® Total DNA assay system is manufactured by Molecular Devices for total DNA quantification and designed to quantitatively measure DNA as a molecule rather than as a gene. This system has a detection sensitivity of 2 pg/assay for total DNA.

As mentioned above, Threshold® Total DNA assay system is intended to quantify total DNA, but not to detect any specific gene. Considering the advantages of qPCR quantification for detecting a specific gene, which can be used to detect residual DNA clearly derived from host cells more sensitively than total DNA quantification with Threshold® Total DNA assay system, it was investigated whether traces of DNA could be extracted from potential host cells.

In this experiment, genomic DNA from CHO cells or Escherichia coli, which are widely used to produce proteins and antibodies, was used as a residual DNA model to extract and quantify traces of residual DNA using a qPCR assay. The experimental procedure is presented in Figure 1. 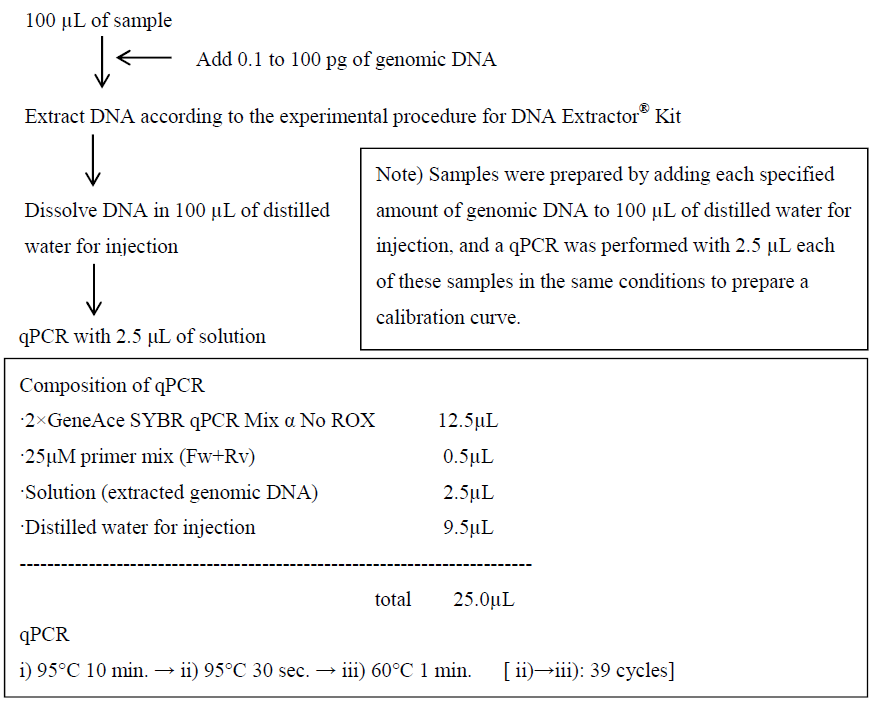 First, DNA was extracted from samples spiked with 0.1 to 100 pg of genomic DNA in 100 μL of water (distilled water for injection) using the kit and then dissolved in 100 μL of water. Subsequently, a qPCR assay was performed to calculate the yield of DNA from a calibration curve prepared simultaneously. The yield of DNA was 85% to 120% for Escherichia coligenome in the range of 1 to 100 pg and for CHO cell genome in the range of 0.1 to 100 pg (the yield was almost 100% up to 1,000 pg for both genomes, although no data are presented here). 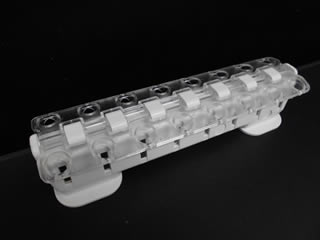 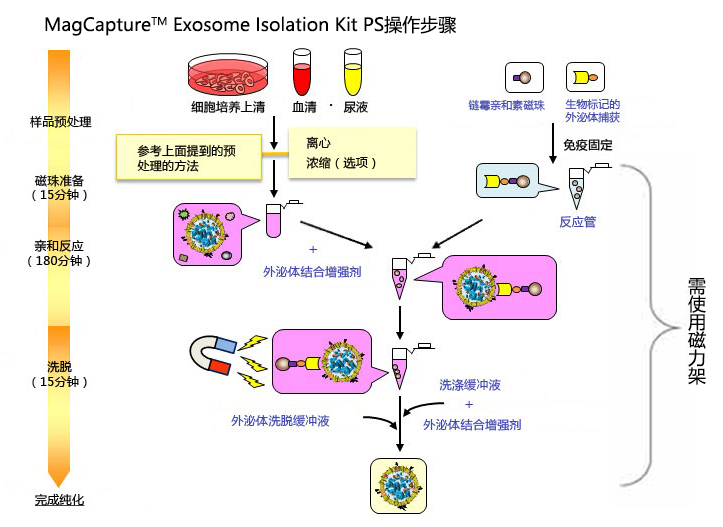 Glutelin is a major protein in rice, and defined as protein which dissolves in dilute acid and alkali.
In Japanese sake brewing, the byproducts of protein breakdown are considered to be a decisive factor in establishing flavor. The National Tax Agency of Japan has determined a special method to measure carboxypeptidase activity in koji mold (Aspergillus oryzae) used for fermentation. However, in recent years it has been reported that synthetic peptide substrates approved by this test are impractical in producing enzymatic activity from koji mold. To this extent, gluterin derived from rice has been shown to be an ideal solution to this problem.